Enjoy award-winning live theater in Ohio’s Amish Country! Hold on to your seats and get ready for some explosive laughter! Voted a Top 100 Event in North America by the American Bus Association, and a member of the Trip Advisor Hall of Fame, The Amish Country Theater’s shows are performed in a remarkable 600-seat auditorium with state-of-the art lighting, video, and sound. Plus, every event is designed to be fun for the whole family, from the littlest young’uns to the orneriest grand pappy! 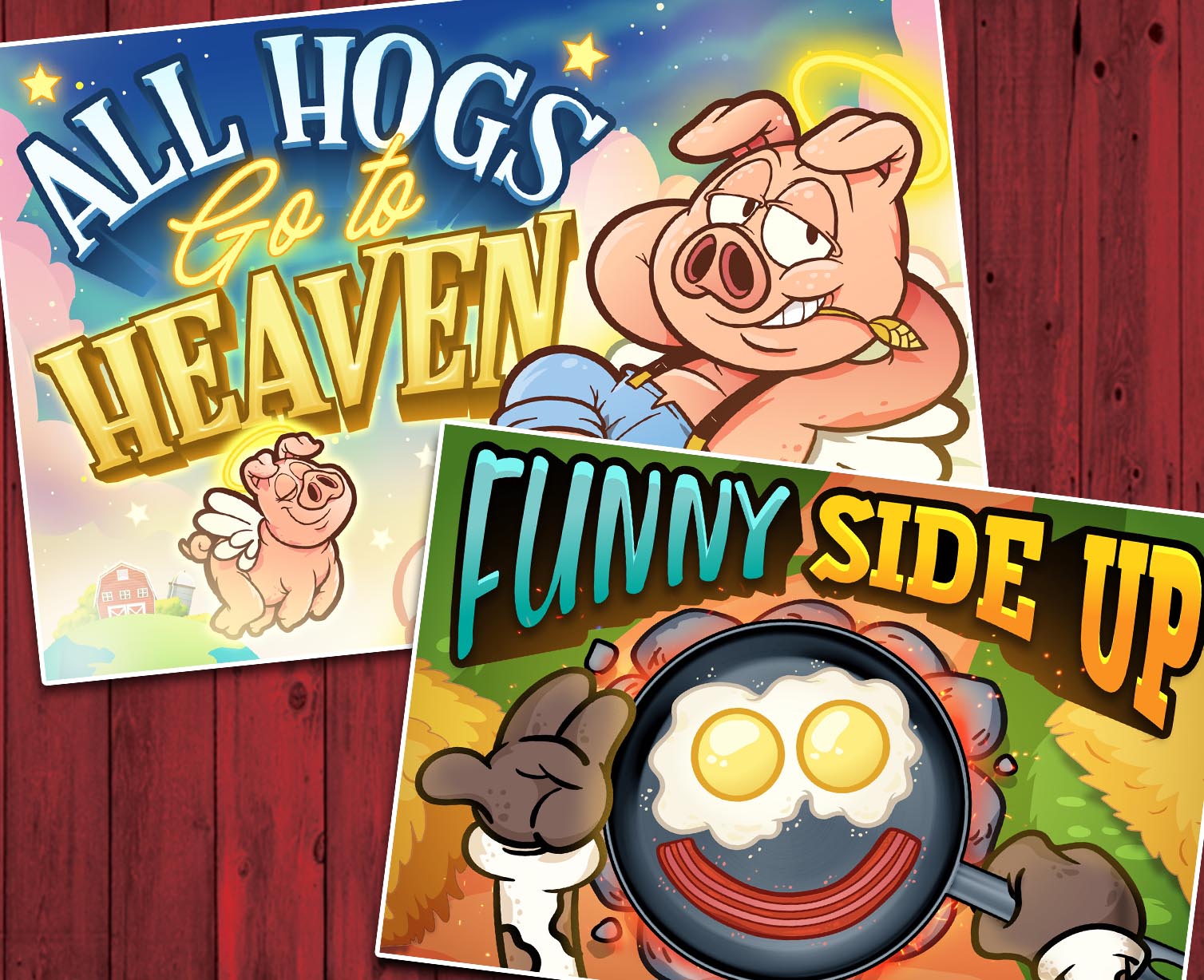 Brand New shows begin May 2022 – so hold on to your seats! These side-splittin’, rib-ticklin’, knee-slappin’ show feature clean family comedy guaranteed to entertain the orneriest grandpappies to the littlest youngin’s! Start off with rip-roarin’ audience interactive adventures that feature comedy classics from renowned ventriloquist, Ken Groves. Comedian Lynyrd will tickle your ribs with his misguided adventures and stories. Donnie Abraham and The Beachy Boys’ will keep your toes tappin’ and your mouth hummin’ to your favorite tunes reimagined. Don’t miss these one-of-a kind, all new comedy variety extravaganzas! Buy your tickets early to get the best possible seats! You’ll meet nationally acclaimed ventriloquist Ken Groves, whose comedy has taken him all around the world including 14 national television appearances. You’ll laugh with comedian Lynyrd, a spotlight stealin’ country bumpkin, who’s as unpredictable as an Ohio spring. And don’t forget the famous Amish comedy trio “The Beachy’s” and Fannie Mae, whose parody songs and jokes about farm living will keep you laughing the whole way home. Your family will be plum tickled with the action, excitement and comedy of our little shindig.

My Gal Patsy - A Tribute to Patsy Cline

Travel back in time to witness exactly what an evening at a Patsy Cline concert would have been like. Enjoy early Patsy hits like Walkin After Midnight, Lovesick Blues, and There He Goes all the way through her final recordings of Crazy, Leaving On Your Mind, and of course, Sweet Dreams.

Boys in the Band - Alabama Tribute

Hailing from Fort Payne, Alabama, The Boys In The Band is considered the #1 Alabama tribute act in America. This gifted six-member band creates the most authentic Alabama concert experience this side of the Mississippi. Their show is a high-energy explosion of everything you love about the greatest country music band of all-time. From start to finish they provide note-for-note renditions of Alabama’s live performances over their fifty year reign as the kings of country music. You don’t even have to close your eyes to picture Randy Owen, Teddy, and Jeff on stage. The Boys in the Band perform, sing, and play just like them.

Back by popular demand! Jimmy and the Parrots thrilled a sold-out crowd in March with their high-energy, audience participation, and spontaneous musical wizardry. You asked to have them back, we oblige!

Grab your beach chair, your suntan oil, and your favorite drink, and get ready for a trip to the islands with the ultimate tribute to Jimmy Buffett. For more than a dozen years, Jimmy and the Parrots have been playing to delighted crowds all over the USA and the Caribbean.

The band was named “Entertainer of the Year” at the Trop Rock Music Awards held in Key West, FL. They’ve performed on Carnival Cruise Lines as well as in port at Jimmy Buffett’s Margaritaville in Grand Turk, Turks, and Caicos. They’ve also traveled to the Four Seasons in Nevis, West Indies to perform for sold-out crowds. We welcome them back for a second time this year!

COMEDY, FIREWORKS, AND FREE ICE CREAM! It’s the perfect recipe to end Summer with a BANG and LOTS of LAUGHS. Join us for this one-of-a-kind comedy show where the audience creates the show. That’s right, we leave it up to you, the audience, to pick what you want to see from our menu of crowd-favorite acts from the past decade. Then we pack your selected bits, comedy routines, and sketches into one giant, side-splittin’, rib-ticklin’, knee slappin’, spectacular 2-hour show! Featuring your favorite characters and performers, this show is guaranteed to be unforgettable! And then we’ll follow it up with an outdoors fireworks show that will knock your socks off! And one more thing: did we mention FREE ICE CREAM?!?

Enjoy the Best of The Amish Country Theater as our comedy cast peforms their favorite stuff from over a decade’s worth of shows. This show is guaranteed jam packed with acts, sketches, parody songs, music, and overall hilarity that has made the Amish Country Theater the award winning production that keeps people coming back time and time again.

The music of the late John Denver is like an old friend, outlasting trends and standing the test of time. Join acclaimed performer Jim Curry for this tribute to the music of one of the most beloved singer/songwriters ever to grace the stage. Jim Curry, whose voice was heard in the CBS-TV movie Take Me Home: The John Denver Story, has performed John Denver’s music in sold out shows throughout the country and has emerged as today’s top performer of Denver’s vast legacy of multi-platinum hits.

Legends Night! - A Tribute to Johnny Cash and Elvis

Elvis was one of the greatest entertainers in American history. The Amish Country Theater’s own, Donnie Abraham, staying true to the King’s style, will pay a special tribute to the music of The King of Rock and Roll and much more! Johnny Cash, the Man in Black, was a singer, guitarist and songwriter whose innovative music mixed country, rock, blues and gospel influences. Enjoy a masterful tribute from John Schmid, who’s deep country voice and rich storytelling transforms the show to feel like you’re listening to the Man In Black himself. You’ll also enjoy John’s one-of-a-kind music flavor and fun guaranteed to make this special engagement one-of-a-kind.

Back by popular demand! Hold on to your hats! The Ohio Valley Opry Show is a fun filled evening filled with good ol’ finger-pickin’, string-slappin’, washboard-scrappin’, country, bluegrass, and gospel music. The show features the Ohio Valley Opry touring band from McConnelsville, OH – consisting of some of the genre’s most talented touring musicians.

Founded by Marvin and Deana Clark, the band puts on a show featuring traditional country, bluegrass, and gospel music favorites. Part of the uniqueness and charm of this show comes from its authenticity. While the performances, music, and vocals are perfected, the on-stage interactions come off as unrehearsed and genuine. Though the band brings a top-notch, professional show, you’ll feel like they’re old friends and neighbors. Come experience excellent music and loads of fun with one of our very favorite Amish Country Theater acts.

As seen in Pigeon Forge, Tennessee! Remembering Red – A Tribute to Red Skelton by Brian Hoffman will have you in stitches as Brian re-creates some of Red’s best-known comedy routines and characters. Re-live hilarious memories from the ’50s, ’60s, and early ’70s while you watch Brian Hoffman bring to life the narrated pantomimes and short one man skits that made Red Skelton a household name. This family-friendly, highly engaging comedy show is great for all ages. People of all ages will appreciate the classic silly humor of Gertrude and Heathcliff, the two seagulls. Come enjoy this unforgettable hilarious blast from the past that’s fun that will have you in stitches all the way down memory lane and back!

Christmas in the Country

Christmas In The Country is the perfect mixture of side-splittin’ Christmas comedy and heart warming music that appeals to all ages. Join Ventriloquist Ken Groves, comedy legend Lynyrd and the cast of The Amish Country Theater as they tell stories of Christmas in a way you’ve never experienced before. You’ll witness Lynyrd’s hilarious antics and misguided interruptions. Enjoy masterful recreations of classic Christmas music from award-winning vocalist Donnie Abraham, who has shared the stage with the Oak Ridge Boys, Pat Boone, The Lettermen, and many more. It’s the show where comedy and Christmas collide…and it’s unlike anything you have seen before! Whether you’re city-folk or country “cuzins,” you’ll love the singing and dancing, mighty feats of strength, jaw dropping stunts and side-splitting comedy. This show has something here for everybody!

Christmas Legends  is a unique, retrospective stage show showcasing the golden age of popular music, Christmas-style. Enjoy the hits and holiday flair of the three major recording artists of the 50’s, 60’s, and 70’s: Johnny Cash, The Carpenters, and Elvis Presley.

Preserving the original authentic sound of the music combined with top-notch showmanship, this show explores the melting pot of styles that created pop music’s most innovative decades.

Christmas with the Celts

The Celts lineup stars, Ric Blair on vocal-guitar-bodhran & piano along with the lovely Laura McGhee from Dundee Scotland on vocal and fiddle complemented by an array of top-flight musicians on uilleann pipes, Irish whistles, bass, drums and of course the crowd pleasing Irish dancers.

Celebrate the joys of the season with an spirited presentation of “Ohio Valley Opry Country Christmas” on December 7. The Ohio Valley Opry (OVO) has been entertaining audiences at the Twin City Opera House in McConnelsville since 2000. Founded by Marvin and Deana Clark, the band puts on a show featuring traditional country, bluegrass, and gospel music favorites. The Ohio Valley Opry show has enjoyed much regional success in the Appalachian foothills of Ohio, and they have entertained thousands of guests in the last 21 years! This special Christmas presentation features new and original songs, plus long-time Christmas favorites from this seasonal showcase rings in the holiday spirit with timeless performances by some of Ohio’s finest country and bluegrass musicians.

Rhonda Vincent and The Rage are brining the bluegrass LIVE to Amish Country this Christmas season. Get in on the #1 Christmas show of the year!

Crowned “the new queen of bluegrass” by the Wall Street Journal, Rhonda Vincent is one of the genre’s best-selling most visible artist, whose cross-over appeal stretches well into the mainstream media. Rhonda Vincent & The Rage are the most decorated band in bluegrass, with over 100 awards to their credit. Among their honors are Song of the Year, Entertainer of the Year, and an unrivaled seven consecutive Female Vocalist of the Year awards from the International Bluegrass Music Association (IBMA).

Experience the magic of Christmas Smoky Mountains-style with an award-winning holiday show featuring Kenny and Dolly. Nationally recongnized artists Wendy T and Dave Karl bring down the house with holiday harmonies and the timeless music of Kenny Rogers and Dolly Parton.

Re-live Kenny & Dolly’s biggest hits along with a good ole fashioned smorgasboard of many great Christmas songs. Laugh, sing along and get involved with audience participation and maximum enjoyment. Dave & Wendy have proven time and time again that this show is chock-full of Christmas magic.